Social media connects actors to the right people, but can it also have a down side? The simple answer is, it depends on how you use it. You can’t tweet a producer or casting director out of the blue and send them a reel of your work. You may get put in a black list of actors who don’t have a clue about social media. While being connected to all the right sites (Twitter, Facebook, Instagram, Google, etc.) is a good thing to put your name out there, it can have its downfall. If you are eager to get a part, play it cool and before contacting someone who can advance your career, build a relationship with them and let them know who you are first. This is one of Todd Wharton’s pet peeves when it comes to actors using social media. In an interview for Daily Actor Wharton — the CEO of Local Talent Connect, a global network that brings together artists from across the industry — talked about what not to do.

“You can’t just approach people like that. You’ve got to invest in yourself before anyone invests in you. If you wanna grow, you’ve got to hustle. You’ve gotta grind.” “The next thing is they expect people to look at everything that they post. It happens everyday. Sometimes people post things and they don’t even put any descriptions. They’ll just send you a link. They don’t even know you sometimes. They’ll just start sending you links and they don’t take that time to build the relationship. Your business should be like your personal life. You are not gonna throw someone the wedding ring on the first date.” 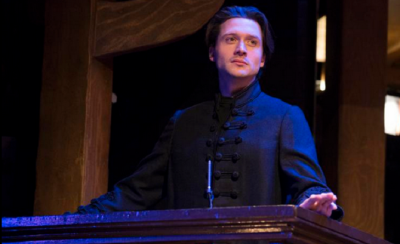 Additionally, Wharton says that people are so busy connecting online that they’re forgetting about personal conversation. While it’s important to keep your social media accounts updated, because you can potentially reach millions, many young actors don’t know how to properly communicate with industry executives and interact with others. While many actors are active on social media and share really cool stuff about their careers with fans, some cross the line and studios are actively trying to keep that under control. Did you know that you could lose that awesome role if you share any details of the production without authorization? Well, you can. Most movie studios have strict guidelines for actors to follow when they get hired for a project and you don’t want to risk losing that much needed job. So there should be no sharing of that audition or behind-the-scenes details that should not be revealed, as tempting as it is. Marci Liroff, was in the middle casting for the Vampire Academy: BloodSisters, based on the best-selling series of six young-adult paranormal romance novels, when she noticed actors posting things they weren’t supposed to on social media.

“I noticed some really bad behavior by a few actors; they were tweeting about coming in for auditions, and how they did on said audition.” “I got an email from one of my producers who asked that all casting news come from the production and that what goes on behind the scenes (i.e. who’s auditioning) should be controlled by us. The producer added that any further “leaks” would compromise an actor’s potential for being hired.”

So there you go, if you don’t want to be a nuisance for the casting director that helped you land that coveted role, keep your fingers to yourself and don’t share any details of what is going on with a new production. However, do work on creating lasting personal relationships, they are just as important as being on social media for an actor. [Image via Robert Downey Jr./Instagram]